I’ve had a busy weekend that didn’t leave a lot of  time to write and instead of frantically pulling something together this morning, I decided to ask a  special woman, who I only know from online communities, if she would contribute one of her posts.  She and I have two ties that bind – she was mom to a special guy, very much like my Luke, and she has battled the beast known as glioblastomia brain cancer. She has also chosen to live, rather than wallow in the pain of the tragedies that have marked her life and you see her spirit of determination in everything she writes.  You can read more of her story at www.hischke5.blogspot.com. Here’s Danae.

A little over 11 years ago my sister-in-law was diagnosed with a rare, aggressive, form of breast cancer. Inflammatory Breast Cancer. IBC, because cancer always sounds better when we give it an acronym. I immediately started researching because that’s just what I do. Lori chose not to know the statistics stating that they meant nothing, “Only God knows when our time is up, I could step outside and be hit by a car tomorrow”.  I have heard her repeat various versions of this statement over the many years between diagnosis and today. Even when Jordan was diagnosed she would tell me that none of us know what will happen. The fact that I said Jordan’s cancer was terminal didn’t carry the weight with her that it did with me. And the statistics for her cancer, that she chose not to hear, were not much better. A 5 year survival rate of much less than 50% – significantly worse than the more common forms of breast cancer. Me with my “realist” personality did not expect her to live long. She endured chemotherapy, surgery, radiation, much pain and discomfort, but she lived. The cancer remained stable for over 5 years before it reared it’s ugly head again, this time with mets to her bones. She remained optimistic as she faced this head on, rarely letting on how much pain she was in. During this time Jordan was diagnosed with glioblastoma. We didn’t see her family much during the time Jordan was sick. Her daughters were growing up, just as my sons were. 3 girls who were 8, 11, and 14 when mom was diagnosed with cancer. They watched her endure the awful side effects of chemotherapy, helped her with household things when she just couldn’t do it, even drove her to appointments. She attended all of their Confirmations and High School Graduations, two College Graduations and two Weddings. Recently things had gotten worse, chemos were causing more damage than good, stereotactic radiation didn’t help and options were running out. She was getting very tired and the cancer was taking a toll. Every milestone that her daughters’ hit I marveled that she was still with us. “Statistically” she shouldn’t have been. Two years ago her oldest daughter was married. I was amazed that she had made it so far and that she looked so good. This was right smack in the midst of Jordan’s 3 1/2 year battle with his cancer. This past week her second daughter was married and again mom was there for the big event. Lori kept beating the odds. Courage, Strength, Determination, and tremendous personal Faith in a God who would take care of everything in His own time, with His own plan. 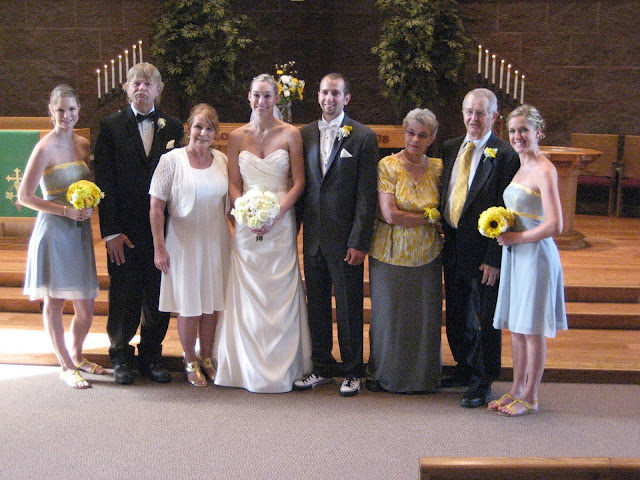 This is a photo of the family last weekend at the wedding. Little sister Tina is on the left next to her dad, Lori is next to Andrea the bride, next is Tim the groom, and then Grandma and Grandpa Hischke, on the right is big sister Holly. 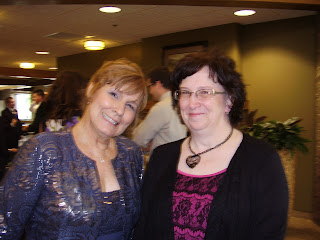 This is a picture of Lori and I taken at Holly’s wedding two years ago.

Friday morning, September 6, 2013, at 8:50am Lori died in a car accident.
It was a stark reminder that we really don’t know how it’s all gonna end, or when  – a reminder to say what needs to be said, to hug those who need a hug, to live with no regrets, and to love. Always Love.

Rest in Peace Loris Backer Hischke, you will be missed and remembered for always

2 thoughts on “Beginnings and Endings”