Skip to content
Last night we drove home from a rare dinner outing as an entire family and Jada turns to Tate and very innocently asks, “Tate, how do you like your new blue bike?” 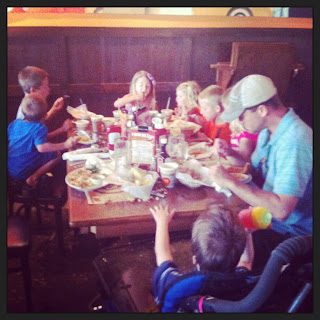 The whole family out for dinner

Ryan and I looked at one another in horror.  We had taken Josh and Jada out that morning to pick out Tate’s birthday present.  Problem was, we hadn’t given it to him yet!  He was getting it the morning of his birthday.  Ryan tried to brush it off as something that she was saying in complete ignorance, and I flat out lied, with a whole elaborate story, down to the minuscule details…
“Oh…. She must be talking about when I took her to Walmart the other day and we looked at princess bikes” I explained, not batting an eye. My husband looked on mortified at my ability to achieve such a statement with utter sincerity. I justified it later with the example of a wife asking if she looks fat in a dress and the husband says no even though she really does look fat. EXACT same sort of scenario – in my opinion.
Tate just smirked at my fib and replied, “Yeah, probably.”
This morning, bright and early, he was given his “surprise” birthday gift. He loved it. 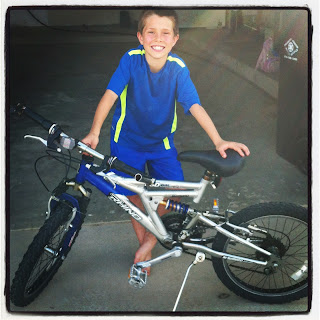 Over the past few days there has been quite a bit of deliberation over what the birthday boy wanted for his birthday dinner. He finally decided that it would be crepes with strawberries and whipped cream along with scrambled eggs and bacon.  His wish was his mother’s command, voila’! 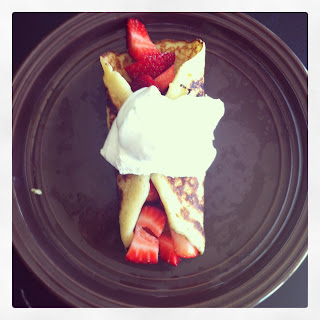 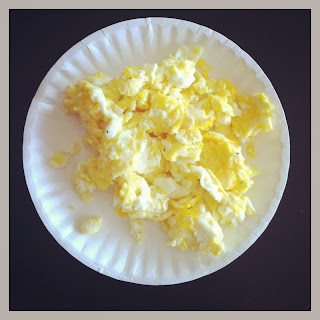 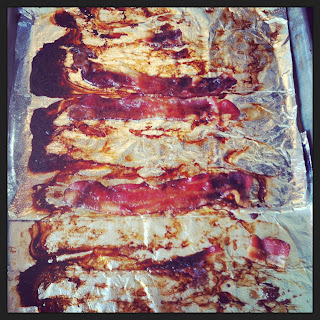 brown sugar bacon (aka “crack” bacon) doesn’t last long in our house
The feast was completely consumed by all. 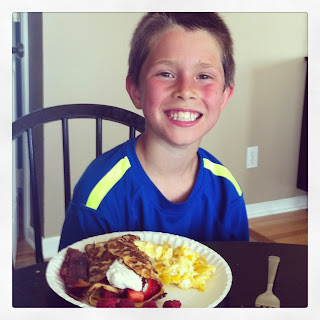 And mom even had a little bit of time and energy left over to make some chocolate banana bread for tomorrow morning. 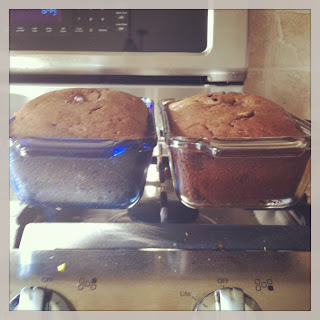 One thought on “Tate Turns Ten!”

Subscribe & get a pack of 30 recipe cards for FREE!